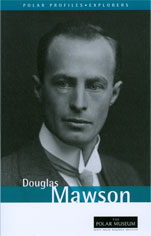 Douglas Mawson is often considered the greatest figure in the history of Antarctic science. He participated in a dangerous but record-setting sledging journey on Ernest Shackleton’s first expedition, on which he and two companions became the first men to reach the vicinity of the South Magnetic Pole. He thereafter organised and led the Australasian Antarctic Expedition (AAE), consisting of three bases and, at that time, the most intensive scientific effort ever planned for the far south. On this expedition, Mawson, Belgrave Ninnis, and Xavier Mertz sledged more than 300 miles from their quarters at Commonwealth Bay, but first Ninnis’ death and then that of Mertz left Mawson alone to make a remarkable journey back, which has been described as ‘the greatest survival story in the history of exploration.’ Fifteen years after the end of the AAE, Mawson returned to the Antarctic in charge of the British, Australian, New Zealand Antarctic Research Expedition, which claimed the regions today recognized as the Australian Antarctic Territory. 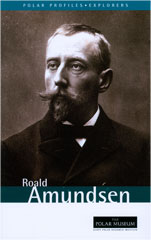 Roald Amundsen was a giant in the history of exploration – the most successful of all polar explorers. He participated in the first wintering in the Antarctic, was the first man to navigate the Northwest Passage, became the first person to reach the South Pole, then was the first to attain the North Pole, and finally became the first to cross the Arctic Basin. He accomplished these tasks with a wide range of transport – using ships, dogs, aeroplanes, and even a dirigible. This booklet overviews the life, expeditions, and remarkable achievements of this most accomplished Norwegian explorer. 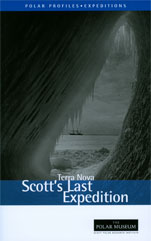 Robert Falcon Scott’s British Antarctic (Terra Nova) Expedition included some of the most famous events in polar history. Beaten to the South Pole by Roald Amundsen, the tragic deaths of Scott, Edward Wilson, ‘Birdie’ Bowers, L.E.G. Oates, and Edgar Evans on the return journey still resonate today. The Terra Nova Expedition was also one of the first great scientific efforts in the Antarctic; its Northern Party spent the harshest winter in the history of exploration; and the first long trek executed in mid-winter was so terrible that it became known as ‘the worst journey in the world.’ This booklet examines the context and events of that fateful expedition.